Named the “Sleeping Rainbow” by the Native American tribes that passed through the area, Capitol Reef National Park is home not only to an array of colorful sandstone but also to a myriad of unique canyons, mesas, mazes and buttes. Leaving from the Slot Canyons Inn, you will enter the park from the west side, giving you an incredible view of the 1,000 foot-high stone wall that has been carved into fascinating sculptures over millions of years of erosion from the wind and water.

Capitol Reef National Park received its name because the towering white sandstone domes piled atop the red sandstone cliffs resemble the domes and rotundas of the U.S. and other capitol buildings. One of the most spectacular features of Capitol Reef National Park is the Waterpocket Fold, a 100-mile long fold in the earth’s crust that was formed between 50 million and 70 million years ago. The fold was a result of a major geological shift in North America that reactivated an ancient buried fault. When the fault moved up the overlying rock layers were pushed up.

Wind and water erosion has formed those cliffs into the one-of-a-kind rock formations that now fill the park. Anciently, the Capitol Reef area was inhabited by the Fremont Indians who etched Petroglyphs and painted pictographs onto the canyon walls. The Fremont civilization began to inhabit the Capitol Reef area around A.D. 700, they lived here for about 600 years, farming, hunting game, and gathering wild foods. Around A.D. 1300, their civilization disappeared.

The next settlers to arrive in the area came several hundred years later. In 1880 Mormon pioneers established a community near the present day visitors center and campground. Using the water from the Fremont River, they planted crops and orchards. They also grazed cattle. The pioneers lived here for less than 100 years. In 1971, Congress designated Capitol Reef a national park.

In the park’s central district you can visit the Frutia Schoolhouse, the Gifford Farmhouse, and the Behunin Cabin, all remnants of the first Mormon settlers to the area. This portion of the park also includes the road that follows the Fremont river between Fruita and Cainsville. This scenic drive along State Highway 24 features wonderful views of the colorful, eroded rock. The north district of Capitol Reef is known as Cathedral Valley, and consists of incredible cliffs and buttes which resemble the shapes and outlines of the massive gothic cathedrals found in Europe. The South district is the long spine of Waterpocket Fold.

Activities: Capitol Reef National Park offers free ranger-led activities including nature walks and evening programs. A calendar of park events is posted in the visitors center. Other popular activities within the park include fruit-picking, a nature center, scenic drives, bird-watching, and wildlife observation. Hiking: There are numerous hiking trails throughout Capitol Reef and the mild temperatures during the spring and fall provide ideal hiking weather. You will find many short, easy hikes located near the visitors center, Capitol Reed is also one of the most popular national parks for backcountry hiking. Trailhead information as well as updates on weather and trail conditions can be obtained at the visitors center.

Fees: Entrance to Capitol Reef is $4 per car or $2 per individual entering on foot or bicycle, the pass is valid for one week.
The National Parks Pass costs $50 and covers admission to national parks for one year from date of purchase. The 12-month Golden Eagle Passport, valid for federal parks and recreation areas, is available for $65. The Golden Access Passport provides free entrance to U.S. citizens or residents with lifetime disabilities.
The Golden Age Passport is available to U.S. citizens or residents 62 years of age or older for a one-time fee of $10. These passes are non-transferable.

Want to join the discussion?
Feel free to contribute!

This site uses Akismet to reduce spam. Learn how your comment data is processed. 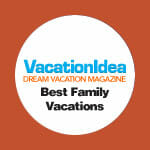